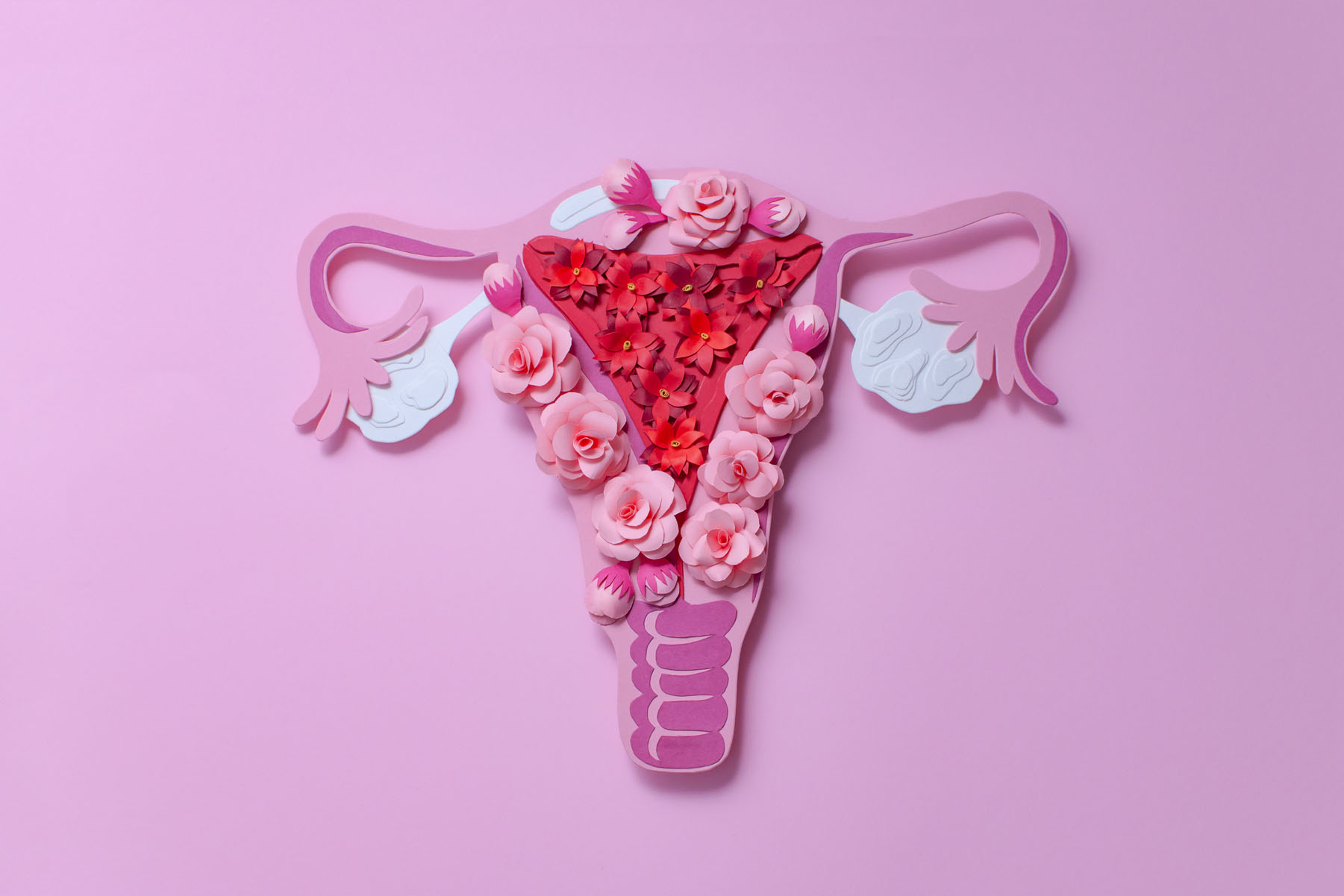 Sarah Trimble, Nutritional Therapist, explains the link between PCOS, fertility and blood sugar levels. Read on to learn more about PCOS, and get practical tips on diet and exercise to reduce symptoms of PCOS and improve your fertility.

Polycystic ovary syndrome (PCOS) is the most common female reproductive disorder, affecting around 10% of women. PCOS is partly diagnosed by measuring levels of male hormones (androgens), such as testosterone, in the blood. However, we should really consider PCOS a metabolic disorder with reproductive consequences, because for around 75-80% of women with PCOS the disorder is actually caused by the metabolic imbalance insulin resistance.

PCOS is in fact a body wide condition characterised by a variety of imbalances that can negatively impact overall health alongside fertility and chances of getting pregnant. Testing for key markers of these imbalances is an important first step in addressing PCOS, helping to ensure appropriate dietary and lifestyle changes can be made to improve reproductive health and chances of conceiving.

Hormonal imbalances and insulin in PCOS – what is the relationship?

PCOS is often talked about as a reproductive disorder, and it is true that it significantly impacts upon reproductive hormone balance and the ovaries. Women with PCOS produce higher levels of testosterone than normal, which contributes to a number of the physical symptoms of PCOS such as acne and excess hair. However, it is important to understand that these elevations in testosterone are actually caused by insulin resistance, a metabolic imbalance which leads to increased insulin levels. These high insulin levels signal the ovaries to produce testosterone, and also promote other hormonal imbalances seen in PCOS.

Insulin is a hormone that controls the body’s metabolism of glucose for energy. After we eat, insulin signals our cells to take glucose out of the bloodstream into the cells to be converted into energy. Women with PCOS are more likely to be resistant to this action of insulin and, as a result, they will have higher than normal levels of glucose and insulin circulating in their bloodstream. It is this elevation in insulin that is the root cause of the reproductive hormone imbalances seen in women with PCOS.

The measurement of free testosterone (the free androgen index FAI) is particularly relevant in PCOS as the elevation of insulin causes levels of testosterone to rise and also leads to a drop in levels of something called Sex Hormone Binding Globulin (SHBG). SHBG is a carrier molecule that controls the amount of hormones that are free and active in the body, so women with PCOS not only have higher levels of testosterone, but because of the corresponding drop in SHBG, this testosterone is even more active.

Elevated insulin levels also impact the balance of luteinising hormone (LH) and follicle stimulating hormone (FSH) in women with PCOS, causing elevations in LH and a drop in FSH. Elevated LH further promotes testosterone production as LH signals the ovaries to produce testosterone, and low FSH inhibits proper ovulation leading to the absent or irregular periods often experienced by women with PCOS. The inhibition of proper ovulation causes immature follicles to accumulate in the ovaries and the development of the polycystic ovaries that are typical of the syndrome.

The Anti-Müllerian Hormone paradox in PCOS

PCOS is the most common female reproductive disorder and can have a significant negative impact on a woman’s chances of conceiving. Ironically, women with PCOS often have high levels of Anti-Müllerian Hormone (AMH). AMH is a measurement of the reserve of follicles a woman has in her ovaries, which is often used to determine a woman’s fertility and chances of conception. This is due to the large number of immature follicles that have developed in the ovaries. In most instances a higher AMH value would be a positive indicator of fertility as it indicates a higher ovarian reserve, but in women with PCOS a high AMH is not always a good thing. In fact, a higher AMH in women with PCOS is associated with higher testosterone levels and a reduced chance of conceiving.

The neutrophil to lymphocyte ratio (NLR) is a key marker of inflammation that is often elevated in women with PCOS, even those women with PCOS who are a normal weight. This suggests that the inflammation seen in PCOS is not a result of being overweight, but due to the metabolic imbalances that drive PCOS.

Nutritional interventions to support PCOS should focus on key nutrients that are known to play a role in improving insulin resistance: vitamin D and magnesium.

Vitamin D plays an important role in improving the sensitivity of the body’s cells to insulin, therefore reducing insulin resistance. Women with PCOS who had lower vitamin D levels were found to have an even higher degree of insulin resistance. Similarly, the mineral magnesium plays an important role in insulin signalling in the body. Women with PCOS were more likely than women without PCOS to have low levels of magnesium and the lower their magnesium the worse their insulin resistance. Therefore testing for, and treating, deficiencies of vitamin D and magnesium is a key nutritional strategy in supporting the metabolic imbalances that drive PCOS.

Women with PCOS are often prescribed the diabetes medication Metformin to address insulin resistance and improve chances of conceiving. Metformin use can lead to a deficiency in both vitamin B12 and folate. As these two vitamins play an important role in fertility and conceptual health, it is important to test levels of these two nutrients regularly if using metformin.

Don’t forget to check your thyroid

Thyroid health may appear unrelated to PCOS, yet research indicates that women with PCOS are 3 times more likely to suffer from low thyroid function than women without PCOS. As thyroid health is crucial in supporting fertility and during pregnancy, women with PCOS who are trying to conceive should also monitor thyroid hormone levels.

Testing for the key imbalances discussed above will provide you with the necessary information to develop a personalised and focused protocol of dietary and lifestyle changes to address PCOS.

If you're experiencing symptoms of PCOS, or want to learn more about how that may affect your fertility or overall health, you can book a blood test directly via Melio, at a time that suits you.

A trained health professional at one of our partner clinics will perform the blood draw, and send the sample to one of our UKAS accredited labs. All test results are individually checked by one of our in-house doctors, who will also write you a personal medical report with any further advice and guidance you may need.

Learn more and order your Melio blood test by clicking on a product below, or use the chat button if you’d like talk to one of our specially trained advisors for more information.