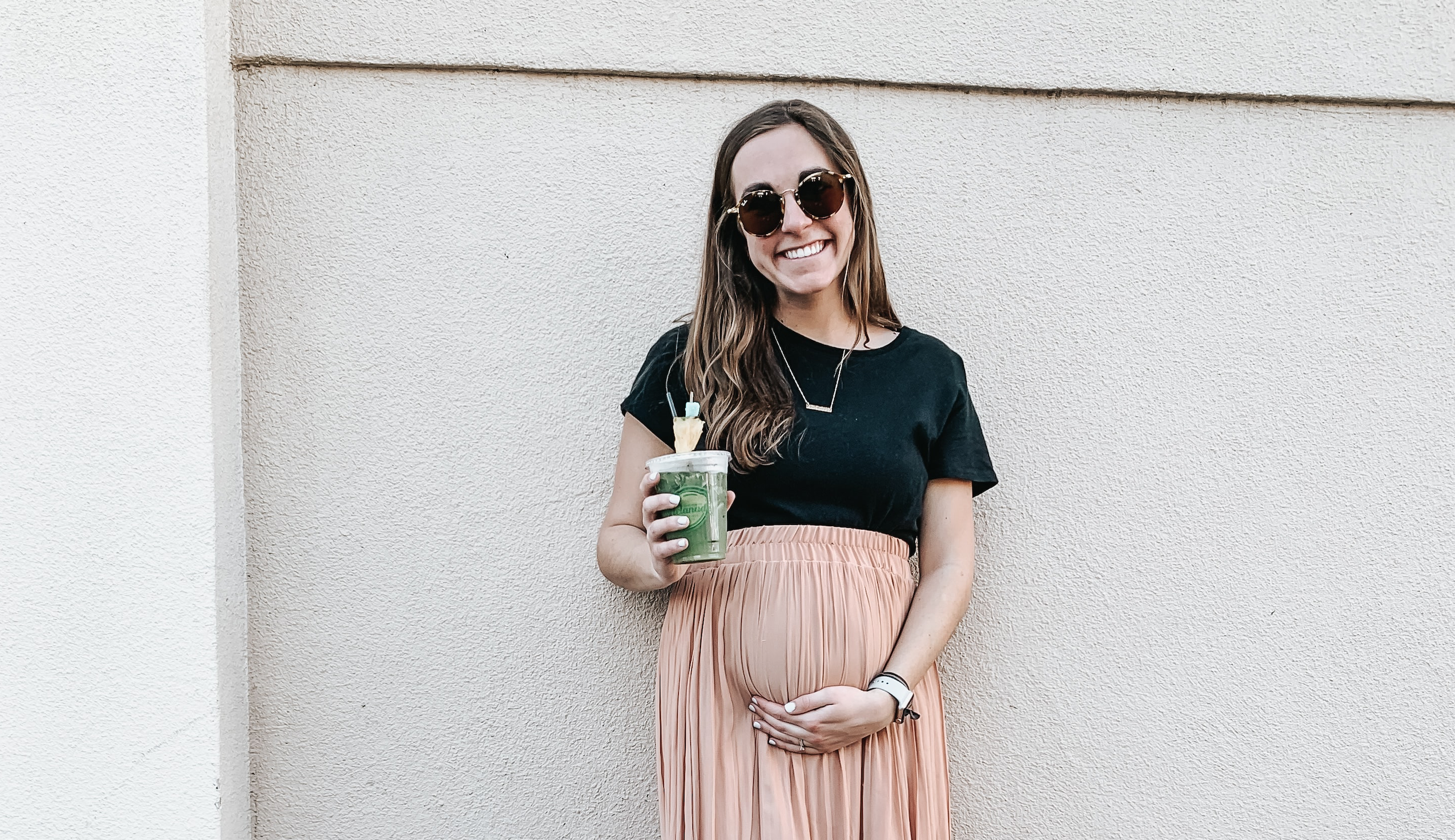 A healthy diet is always important, but pregnancy often lends women to make more informed decision making around food and what they eat. Contrary to popular belief, women do not need to “eat for two” during pregnancy. Consuming too many extra calories during pregnancy can increase the risk of high blood sugar, back pain and high blood pressure. The focus should be on quality more than quantity. It's important to make sure that sufficient amounts of essential vitamins and minerals are consumed during pregnancy. This is especially important for the development of the baby but can also help the extra strain on a woman's body during pregnancy. Read on to learn more about some of the key vitamins and minerals that are important for pregnant women.

Folate, or vitamin B9, plays a critical role in the production of DNA, RNA and red blood cells. It is commonly known that 400 micrograms of folic acid (the synthetic form of folic acid) should be taken daily prior to pregnancy, until 12 weeks into pregnancy. This is to avoid the development of certain birth defects in the baby, such as neural tube defects which can lead to the development of spinal problems. Some women, such as those who have previously given birth to babies with neural tube defects, or have certain health conditions, might require a much higher dose of folic acid supplementation. Your NHS midwife can usually advise you on this.

Good sources of folate include:

Our bodies do not have any long-term stores of folate and the level of folate in your blood will therefore depend on your recent intake of folate-rich food or folic acid supplement.

Vitamin B12 or Cobalamin, plays a fundamental role in the formation of red blood cells and the maintenance of the central nervous system. Vitamin B12 deficiency increases the risk of birth defects in babies, and in the mother may cause palpitations (heart beating too fast), excessive tiredness and paleness.

During pregnancy, the total blood volume of the mother increases by 50% to be able to support the growing baby, and the need for vitamin B12 therefore also increases. Typically, blood vitamin B12 levels decrease by about 30% during the course of a pregnancy because intake from diet is less than what is used up. Excessive vomiting due to morning sickness or a predominantly plant-based diet further increases the risk of vitamin B12 deficiency. It is especially recommended for those that have a vegan diet to take B12 supplementation during pregnancy.

Good sources of vitamin B12 include:

Vitamin D is important for calcium absorption and is needed for maintaining bone and muscle strength. It also has a role in immune function and has been shown to have a role in improving mood. Vitamin D deficiency in pregnant women can increase the risk of high blood pressure, high blood sugar and preterm birth. Vitamin D is the “sunshine” vitamin that can be produced by our skin when exposed to sunlight. However, in the northern hemisphere at latitudes greater than 40 degrees (north of Madrid), sunlight is not strong enough to trigger the synthesis of vitamin D between October and March. It is therefore recommended to take vitamin D supplements between October and early March. People who have dark skin, wear clothes that cover up most of the skin or are often indoors are recommended to take supplements all year around. Most prenatal vitamins contain 400 IU (or 10 micrograms) of vitamin D, which is a relatively low dose that can prevent vitamin D deficiency, but insufficient to treat an already existing deficiency. People that are vitamin D deficient usually need higher doses to reach sufficient levels.

Good sources of vitamin D include:

Iron is essential for the formation of new red blood cells and the normal development of the baby. During pregnancy, to be able to support the growing baby, the total blood volume of the mother increases by 50%. This in turn doubles the amount of iron needed to transport oxygen, not only to the mother, but also to the baby. During each trimester iron requirement varies and depending on your iron stores can lead to insufficient iron levels in the blood. Insufficient iron levels can lead to anaemia which may lead to increasing tiredness and feeling unwell. Women often expect to be more tired during pregnancy, and it is often difficult to distinguish whether the degree of tiredness experienced is normal. Iron deficiency anaemia is thought to affect 25-45% of all UK pregnancies.

Good sources of iron include:

It's important to note that although liver also contain high amounts of iron, this should be avoided during pregnancy as it contains high levels of vitamin A (which can be toxic to the baby in high doses).

Magnesium is an essential mineral that is vital for a range of functions in the body, including energy production, muscle contraction, nerve function, and bone mineralisation. Magnesium deficiency is rare in people eating wholesome home-cooked meals, but high intake of processed food and refined sugar and flour, increases the risk of deficiency as industrial processing generally depletes food from magnesium. During pregnancy, the need for magnesium is increased to support the growing baby. Magnesium has an important role in controlling uterus contractions and magnesium deficiency during pregnancy can therefore increase the risk of preterm labour, as well as high blood pressure, high blood sugar, and leg cramps.

Good sources of magnesium include:

UK guidelines for management of iron deficiency in pregnancy. https://b-s-h.org.uk/guidelines/guidelines/uk-guidelines-on-the-management-of-iron-deficiency-in-pregnancy/